As the world contracts due to technology, difference between ideas and culture become more and more apparent. A wonderful result has been the many movements towards Interfaith tolerance. But "tolerance" is a bit boring. Or little organization is not so interested in tolerance but ratner "appreciation". "Appreciation" is what you see when you consider the wide popularity of the Muslim / Iranian mystical poet Rumi throughout the West. The truth is that ideas are owned by no-one and everyone. And the reality of every religion is a collection of big ideas. "Tolerance" is to accept that we have different ideas. "Appreciation" is to recognize that there is much universal value in the ideas of others.

In this modern era, the world's religious traditions are no longer isolated by language, culture and geography. Rather, the world's great religious literature represents a common heritage of the entire human race. The challenge for us is to find a wider appreciation of this great and ancient conversation between the human race and its creator. In this conversation are the threads of eternal truth which bind us all together into a wider story.

In 2019 we hosted a half-dozen seminar retreats at a facility in the Sierra Mountains of Northern California. In 2020 we will do the same and try to expand the program with as many interesting interfaith speakers as possible.

Also in 2019 we launched the free cross-platform app "Ocean 2.0 Interfaith Reader" -- an ebook reader loaded with the world's religious literature with many books audio aligned word-for-word for a delightful read-along experience. The program runs on most platforms including Mac, Windows, Android and iOS (as well as some Linux support) 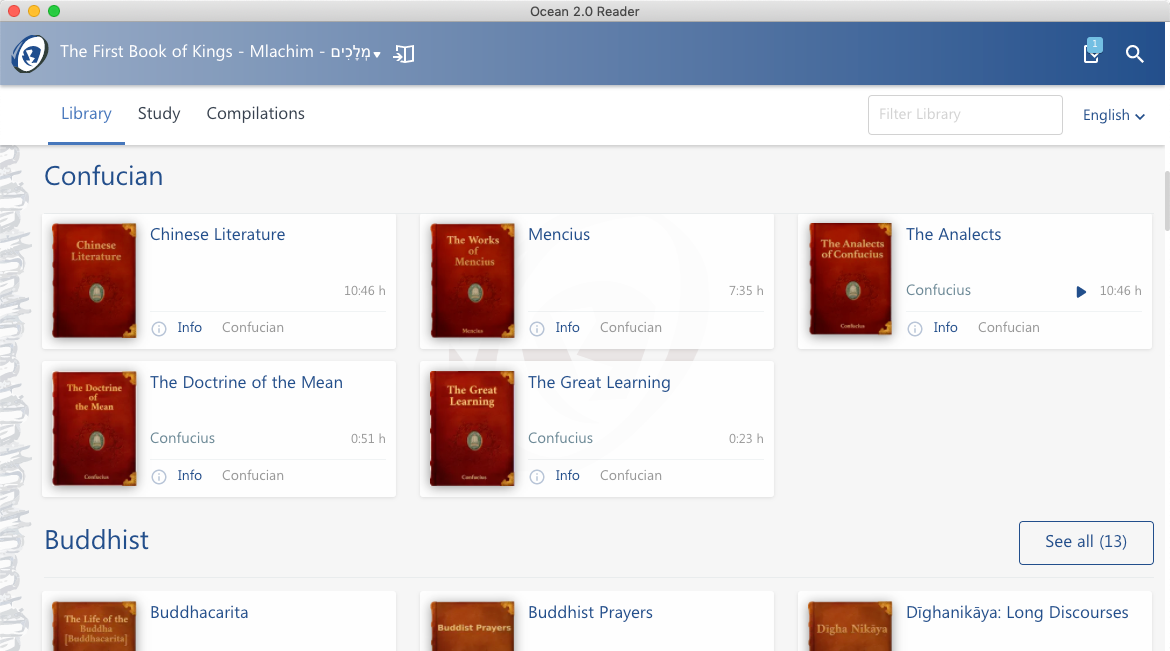